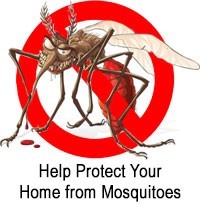 What is Zika virus (Zika)?
Zika is a viral infection that is primarily spread by the bite of an infected Aedes mosquito. This is the same mosquito that transmits dengue and chikungunya. Zika virus is of particular concern during pregnancy. In May 2015, Brazil reported the first outbreak of Zika in the Americas. Zika is now present in many countries and territories.

What are the countries and territories that have reported ongoing transmission in the Americas Region?
Since this is an evolving situation, the list of affected countries is likely to change. For up-to-date lists of countries please visit the CDC website at www.cdc.gov/zika/geo or the Pan American Health Organization at www.paho.org.

Other common symptoms include:

Symptoms usually begin 3 – 7 days after being bitten by an infected mosquito and last several days to a week. Hospitalization and deaths from Zika are rare.

This information is intended for educational purposes only and is not intended to replace consultation with a health care professional.

What is the treatment for Zika?
There is no specific treatment for Zika. Symptoms are treated by getting rest, drinking fluids to prevent dehydration and taking medicines such as acetaminophen or paracetamol to relieve fever and pain. Aspirin and other non-steroidal anti-inflammatory drugs (NSAIDs), like ibuprofen and naproxen, should be avoided until dengue can be ruled out to reduce the risk of increased bleeding.

Can people with Zika pass the illness to others?
Zika needs a vector (a means of transportation) to infect people; generally, that vector is the mosquito. However, spread of the Zika virus through sexual contact has occurred. If you have Zika, avoid mosquito bites for the first week of your illness. During the first week of infection, Zika virus can be found in the blood and passed from an infected person to another mosquito through mosquito bites. An infected mosquito can then spread the virus to other people. There is a strong possibility that Zika virus can be spread through blood transfusions. Zika virus has been found in saliva (spit). It is unknown if Zika can be spread through kissing and this is being investigated. Remember that Zika is a mosquito-borne disease and most people who are infected were bitten by an infected mosquito.

How can Zika be prevented?
No vaccine or preventive drug is available at this time. The best way to prevent Zika is to avoid mosquito bites when traveling to an area where Zika is present.

What is the risk of Zika in pregnancy?
Zika virus can be spread from a pregnant woman to her unborn baby. Zika virus infection during pregnancy is a cause of a serious birth defect of the brain called microcephaly and other severe brain defects. In addition to microcephaly, other problems that have been detected among fetuses and infants infected with Zika virus before birth include absent or poorly developed brain structures, defects of the eye, hearing deficits and impaired growth. Knowledge of the link between Zika and these outcomes is evolving, but until more is known, CDC recommends special precautions for the following groups:

Women who are pregnant (in any trimester):

Women who are trying to become pregnant:

All women of child bearing age who choose to travel should follow steps to prevent mosquito bites in the event of an unplanned pregnancy.

Is it safe to get pregnant after traveling to a country with Zika virus?
We do not know how great the risk to a baby is if a woman becomes infected with Zika virus while she is pregnant. Zika virus usually remains in the blood of an infected person for up to a week. Zika virus has been found in semen for at least two weeks after symptoms of infection began in one report. Other reports found the virus in semen at least 62-93 days after symptoms of infection began. It is not known how long Zika virus can stay in semen. There is currently no evidence that Zika virus infection poses a risk of birth defects in future pregnancies. A woman thinking about pregnancy, who has recently traveled to an area with local Zika transmission, should talk to her healthcare provider after returning.

For women and men who have been diagnosed with Zika virus or who have symptoms of Zika  including fever, rash, joint pain or red eyes after possible exposure to Zika virus, CDC recommends:

For men and women without symptoms of Zika virus but who had possible exposure to Zika from recent travel or sexual contact, CDC recommends to wait at least 8 weeks after their possible exposure before trying to get pregnant in order to minimize risk.

Couples with men who have confirmed Zika or symptoms of Zika should consider using condoms or not having sex for at least 6 months after symptoms begin. This includes men who live in and men who traveled to areas with Zika.

Couples with men who traveled to an area with Zika but did not develop symptoms of Zika  should consider using condoms or not having sex for at least 8 weeks after their return in order to minimize risk.

Should I avoid contact with people that have recently traveled to affected countries?
Zika is not an airborne disease and cannot be spread by coughing, sneezing or talking. However, Zika virus has been found in semen and person-to-person sexual transmission has been documented.

I was in a place with Zika recently—can I donate blood?
The U.S. Food and Drug Administration (FDA) is closely monitoring the spread of Zika virus. In areas without active Zika virus transmission, the FDA and blood collection establishments (blood centers) are asking that blood donors possibly at risk for Zika virus infection wait four weeks (28 days) before donating. Individuals possibly at risk include:

What if I was in a place with Zika recently, or I got symptoms, and I already donated blood?
Blood centers request that if a donor gives blood and later realizes that they should have waited, he or she should immediately notify the blood center where they donated so the product can be removed. Removal could be due to:

What if I am elderly or have a chronic illness and have plans to travel?
There is currently no evidence that Zika causes more serious illness in the elderly or people with chronic illnesses. It is recommended that all travelers consult with their healthcare providers to be sure they are well enough to travel. In most cases, Zika virus causes a mild illness. Providers should consider the patient’s ability to withstand all vector-borne diseases, including but not limited to dengue, Chikungunya, and malaria, which can cause severe illness. Other travel-related illness, such as diarrhea, should also be considered. If a person chooses to travel, they should take steps to avoid mosquito bites.

Is the U.S. at risk of a widespread outbreak?
Aedes aegypti mosquitoes most commonly transmit Zika virus. Aedes albopictus mosquitoes can also transmit Zika virus. While these species of mosquitoes are present in many U.S. states, a widespread outbreak is not expected. If U.S. mosquitoes become infected with the virus, it will likely result in localized outbreaks which can be controlled through good surveillance and mosquito control efforts. Additionally, in the U.S there is widespread use of window screens and air conditioning which reduce exposure to mosquitoes. The CDC’s assumption is based on studies of other mosquito-borne diseases, such as dengue and Chikungunya, that had localized transmission in the U.S but did not expand to large, uncontrollable outbreaks.

What is New Jersey doing in response to this situation?
The NJ Department of Health is communicating with local health departments and health care providers through health alert messages and conference calls to increase their awareness. Updated information will be posted to the NJDOH website as updates become available.

The NJDOH and New Jersey Poison Information and Education System (NJPIES) have collaborated on a public call center for individuals who have questions about Zika. The call center is open 24 hours a day and is staffed by professionals. the call center has the capability to answer questions in any language.

What would we do if there was a case of Zika in New Jersey?
All travelers should continue to take steps to prevent mosquito bites for 3 weeks after they leave an area with Zika, even if they do not feel sick. While a widespread Zika outbreak in the U.S. is not expected, this will help prevent the mosquitoes here in NJ from getting infected by a sick traveler. Remember, most infected people do not develop symptoms. In the 20% of people who do get symptoms, the illness is usually mild.

Where can I get more information on Zika?